All in all, it was not an easy task.

An anodyne office building from the 1970s with not enough free height between the floor structures but at the same time higher than the current law allows, constructed above railway arches which subjected it to an insufferably high level of vibration.

Ugly, too high, and at the same time, too low, and above all, unbearably noisy… what else can you ask for?

With the above three conditioning factors, the project was based around these three concepts:

The technology:  this allowed us to install some seismic shock absorbers to each pillar on the ground floor level, activated by hydraulic jacks. This system divided the building into two parts leaving everything at street level separate from the basement, thus achieving the comfort that a hotel requires.

The aesthetic: in the interior the project establishes a dialogue between the existent structure, which is left naked and exposed, and its use as a hotel, which is revealed in very high quality materials which do not go beyond the perimeters of each room.

Therefore, in spaces with concrete floors, metal pillars and ceiling vaults, revealed by the use of wood, ceramic and plaster, a dialogue is established in which the two elements are not allowed to intrude on one another, and amongst which, some carefully chosen and perfectly lit pieces of furniture can be found.

The city: the facade, the manner in which a building relates to its surroundings, works as a way to filter out aspects of the location, which despite being very central, is made uncomfortable by the close proximity of Balmes Street.

A façade was thus composed of vertical and horizontal elements of great depth, which modulate a blurred vertical rhythm, making it difficult to work out the building’s number of floors. The façade is then disrupted by five wooden boxes, which act as balconies.

Ceramic was chosen for the façade, a material which has a strong link to the city’s history, to which an extra value was added – music. With the help of Cerámica Cumella and the IAAC, we invented an algorithm which, based on sound, created a model which a robot then engraved on the surface of the ceramic during its extrusion. This process allowed us to create an infinite number of pieces, each one unique and different but each with the same pattern.

For this piece, the musical composition “Vivaldi Recomposed” by Max Richter was chosen. This piece, like our project, uses as its base something from the past, in this case Vivaldi’s Four Seasons, which are then given a modern twist.  The same system is used to create the great ceramic mural which fills the whole of the ground floor, starting at reception and reaches right to the back of the restaurant. 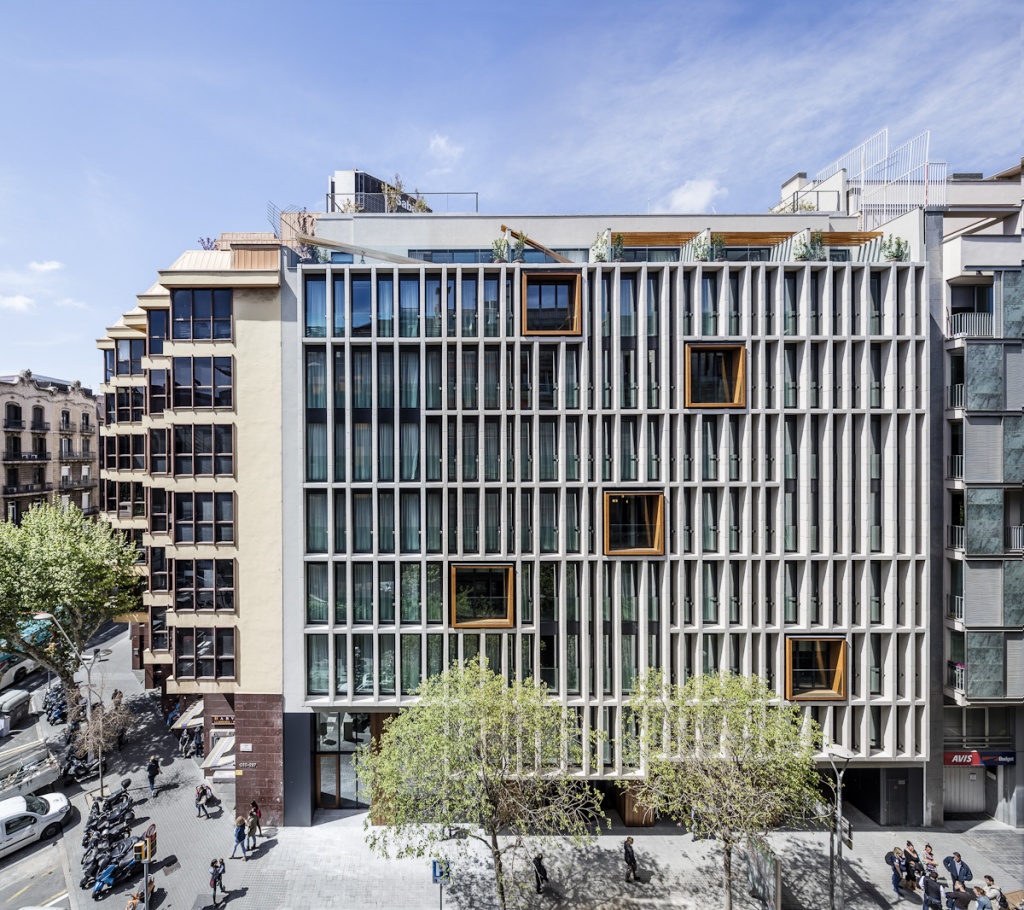 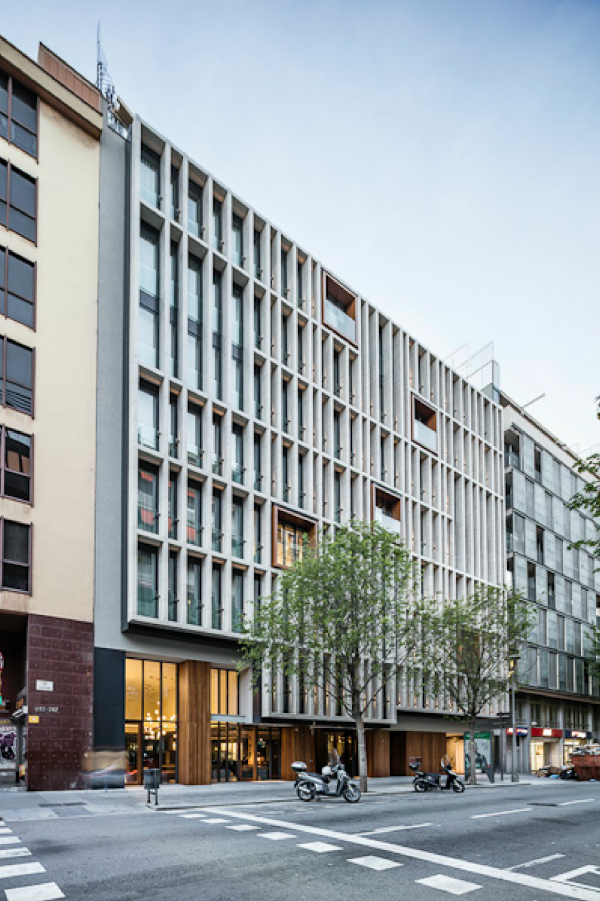 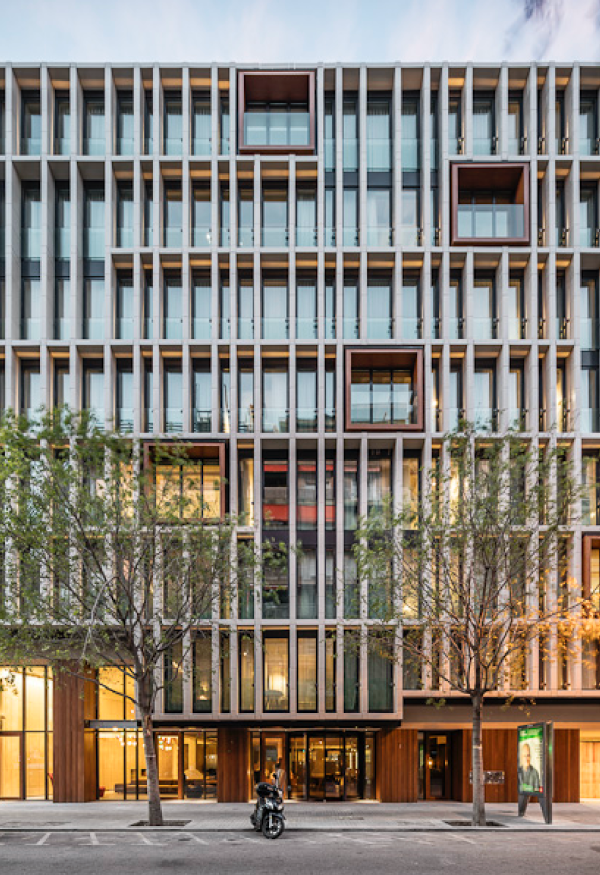 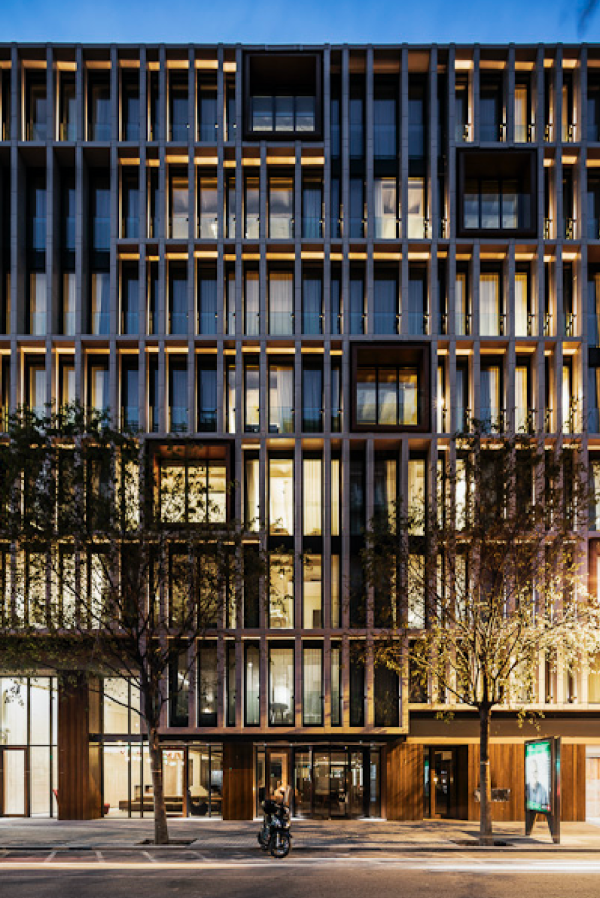 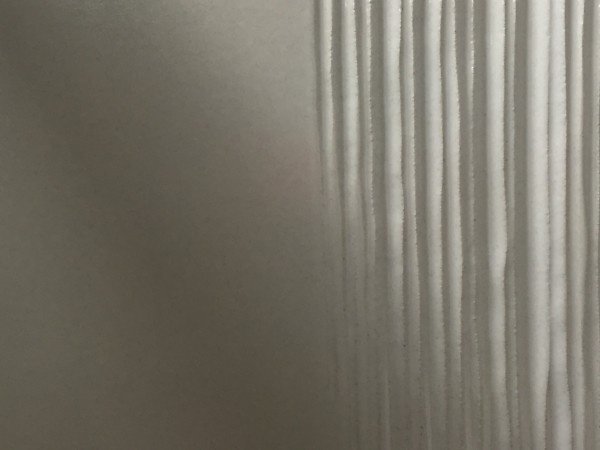 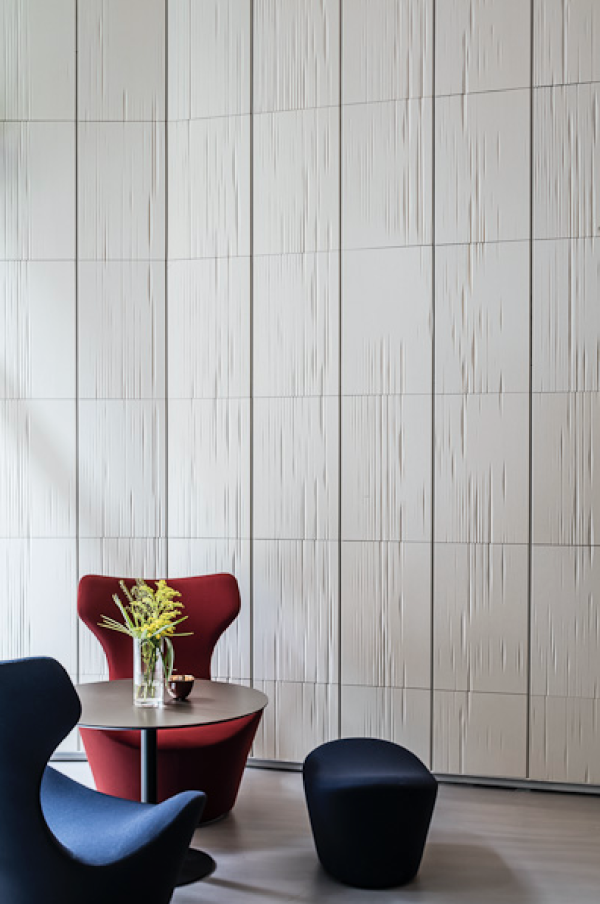 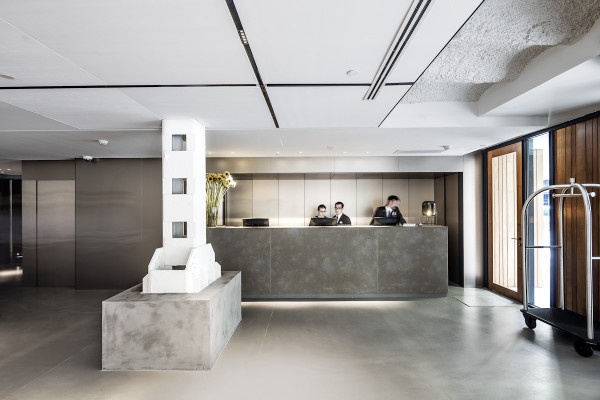 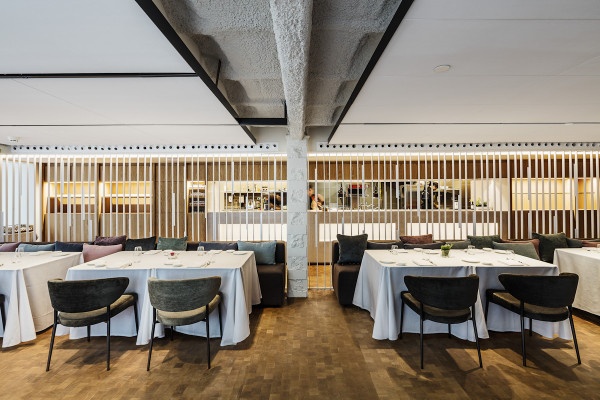 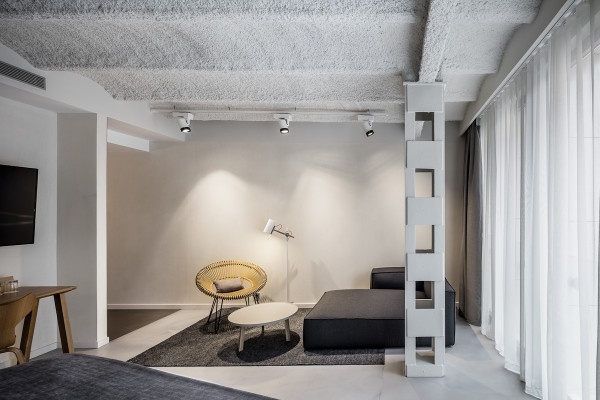 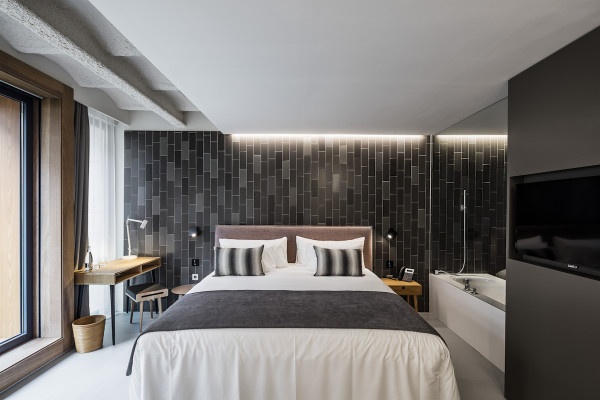 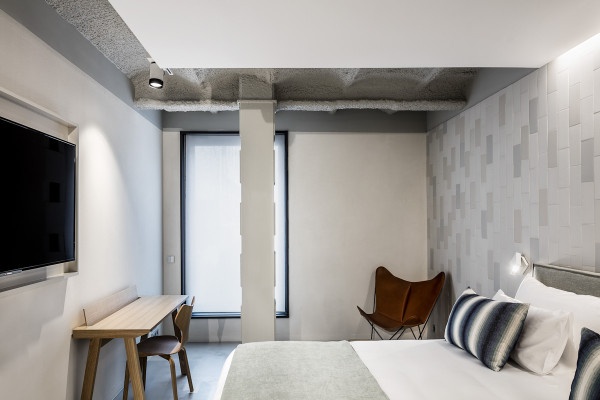 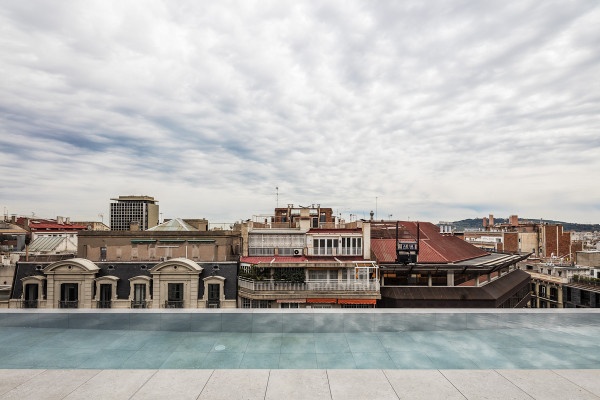 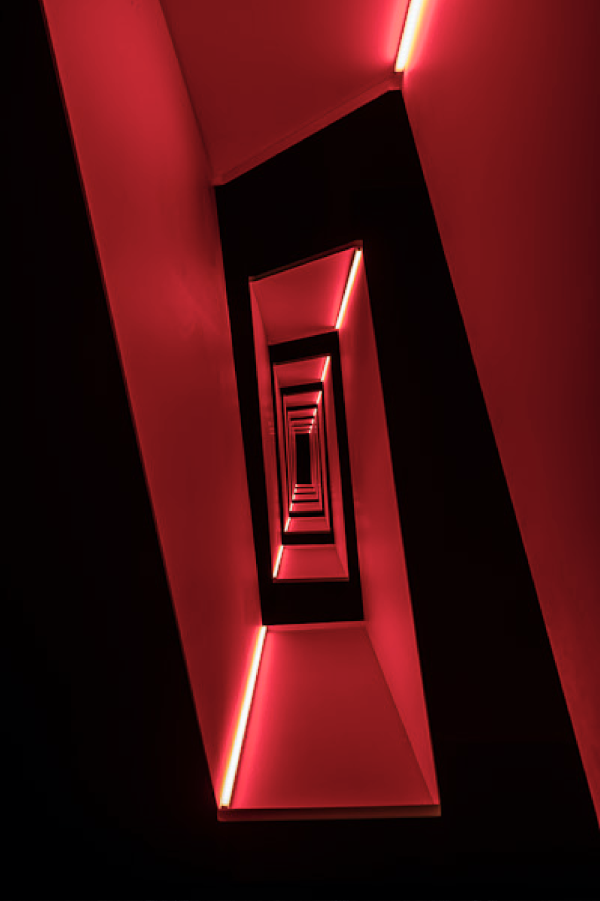