“Cingle 30" could be described as a cinema armchair set on the edge of a cliff enjoying the panoramic views projected.

The plot was unique.

Small, 20m wide, 20 m deep, with a slope of almost 100%, and neighbours on both sides... but the best views Mallorca can offer: Port de Soller’s Bay, and the Serra de Tramuntana, one next to an other, as if on a Cinemascope screen.

The entire project can also be described as a suspended concrete box  leaning on a traditional dry stone wall, and what happens inside this box and around it. The box is protected from the sun light and gains privacy thanks to a ceramic blind.

The box contains the 3 bedrooms of the house, the seating area is behind it, protected inside the mountain with a double space.

Underneath the box there is the kitchen, the dining area, the terrace and the swimming pool, blurring the borders of what is inside and what is outside.

Huge glass sliding doors, that can be hidden inside the stone walls, allow us to completely open up  the living area and blend it with the terrace. Also the lack of columns, and the proportion of the space frames the views in concrete, and makes them the real protagonist.

Very simple materials have been used to simplify the relationship between the cliff, the views and the users.

So concrete defines most of the spaces, together with little details in stone, in the window frames, the toilets and the staircase.  As a contrast, white is used in every plasterboard wall, door and on the metal staircase that connects the living area with the bedrooms, as if the color could be a material in itself.

The plot is terraced with stone walls, on which the concrete boxes lean, making a transition between land and building.

Altogether the project tries to transmit the feeling of being on the edge, but with solid support; enjoy the views while staying private; being luxurious with very simple and raw materials. 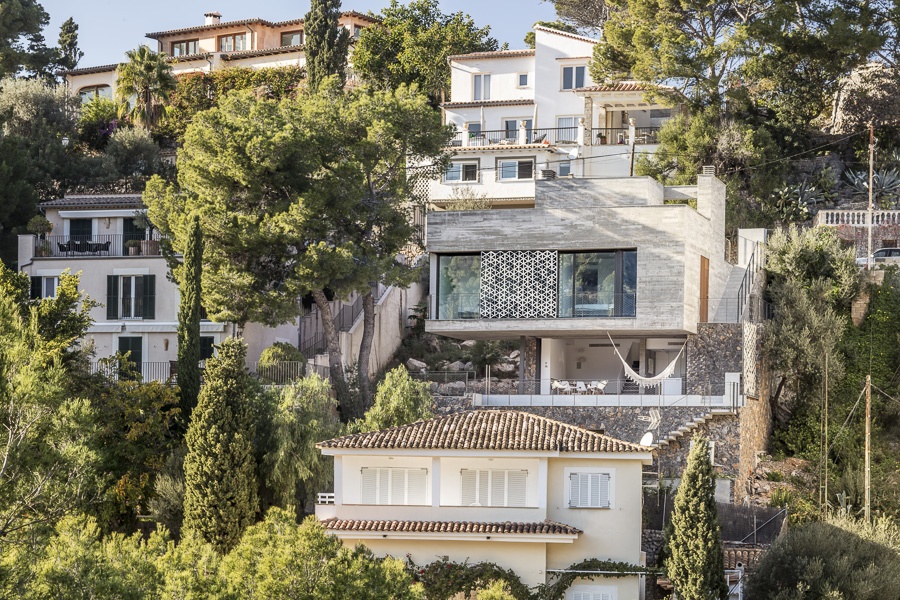 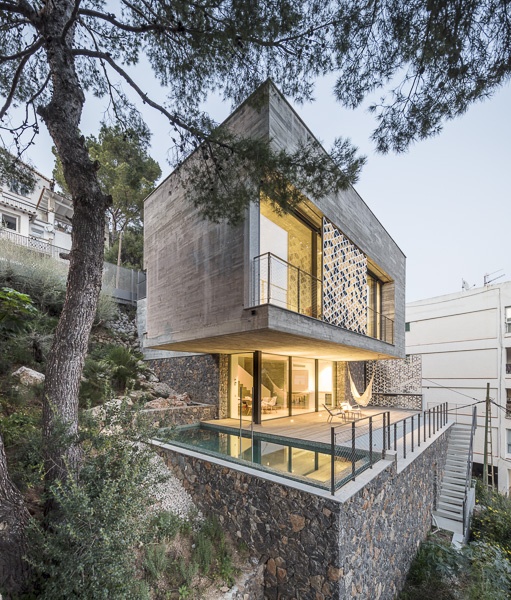 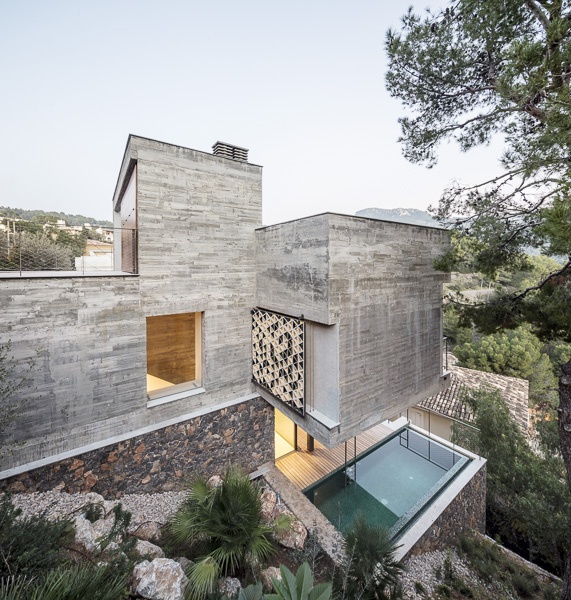 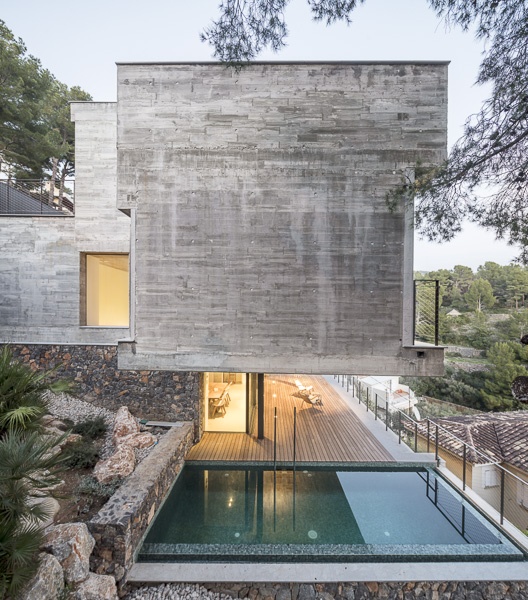 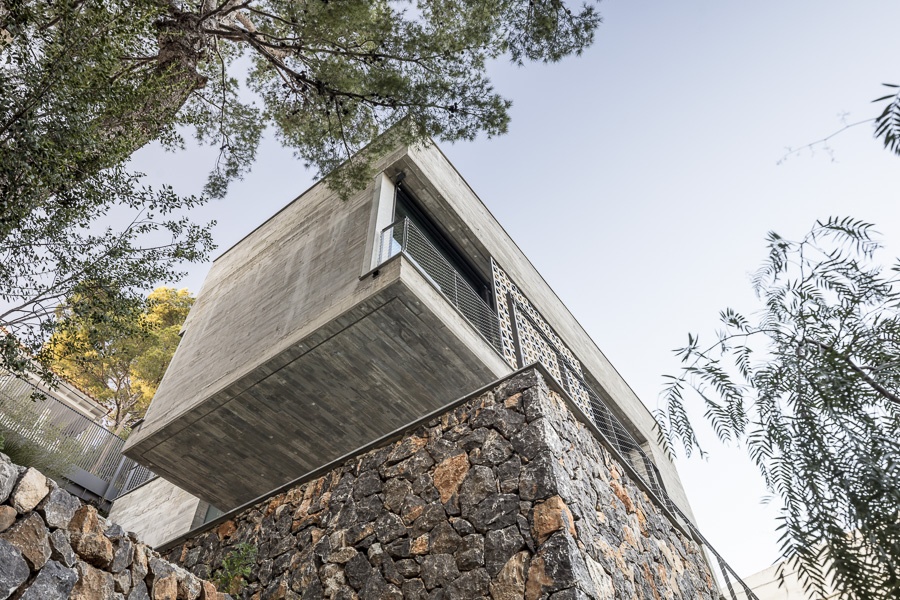 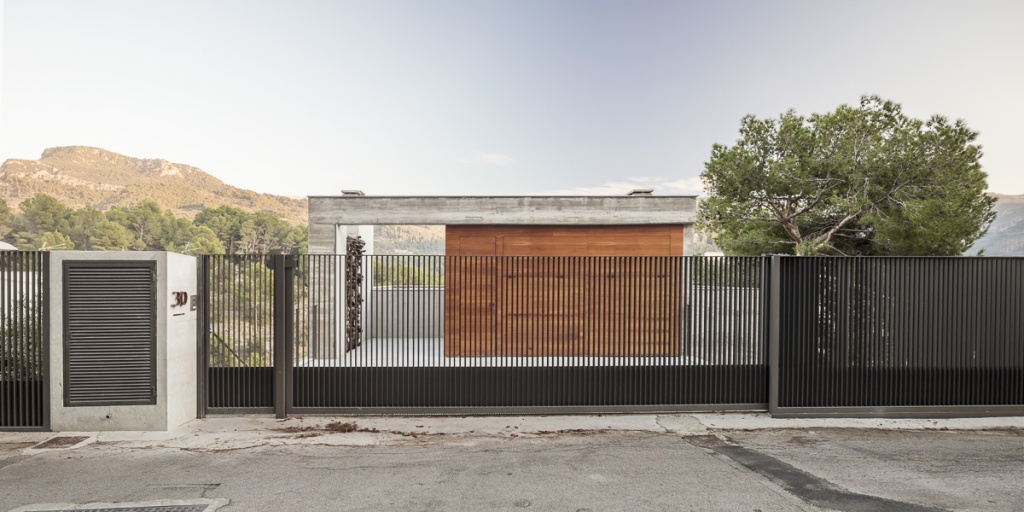 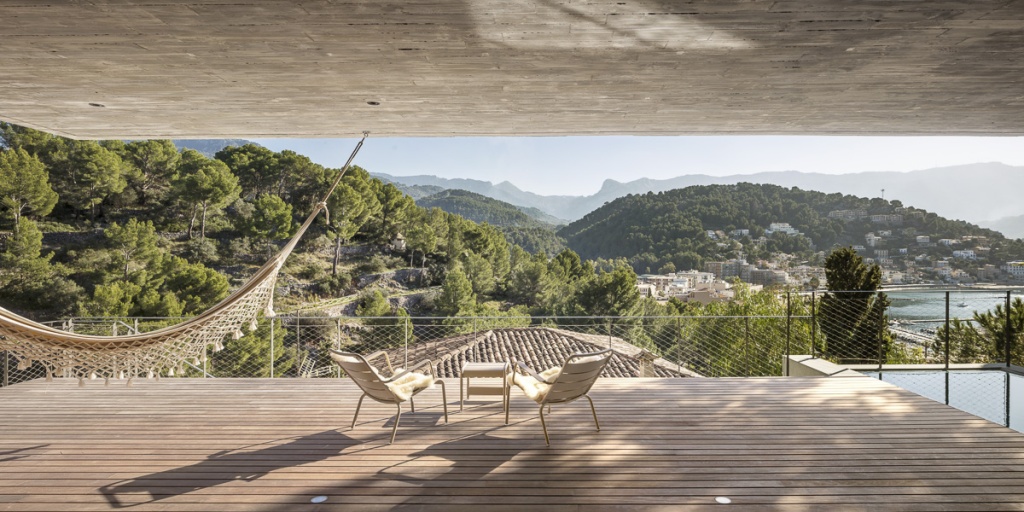 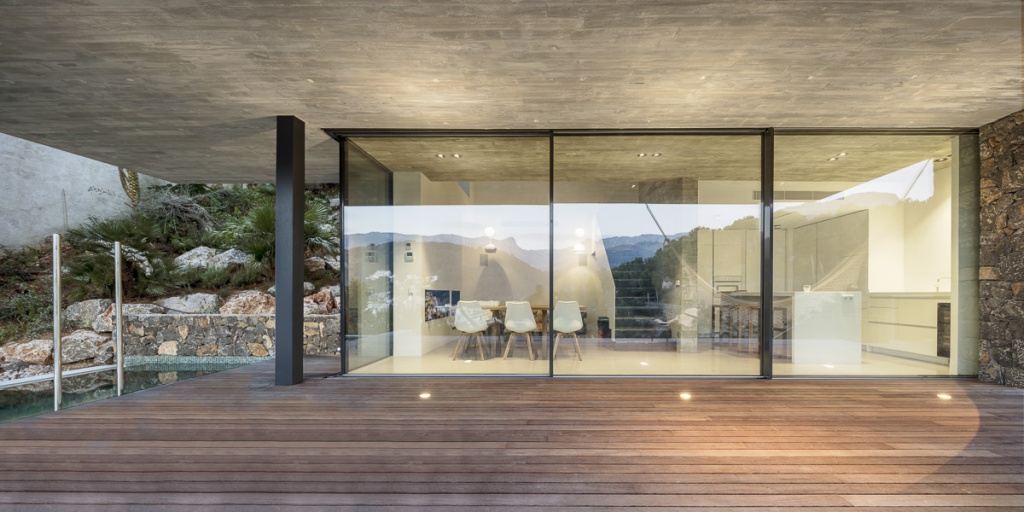 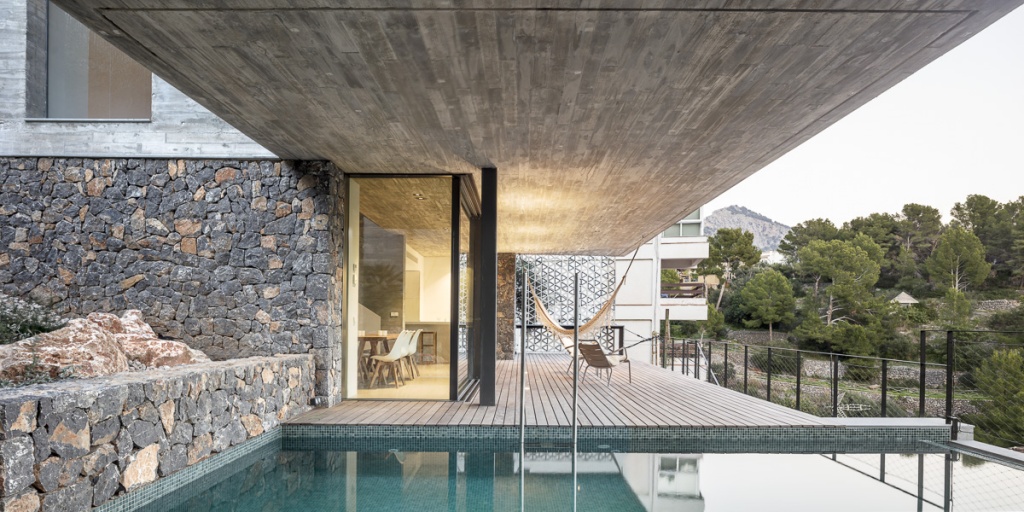 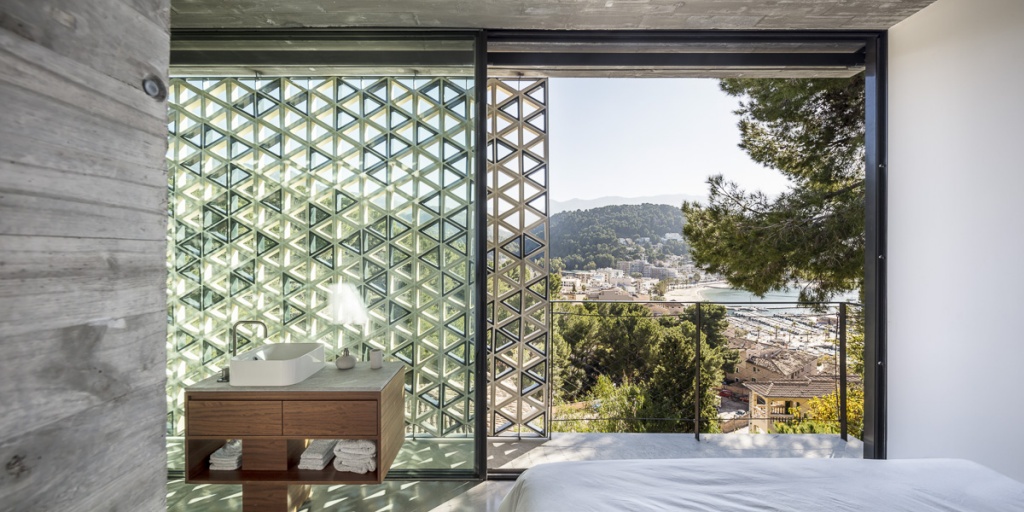 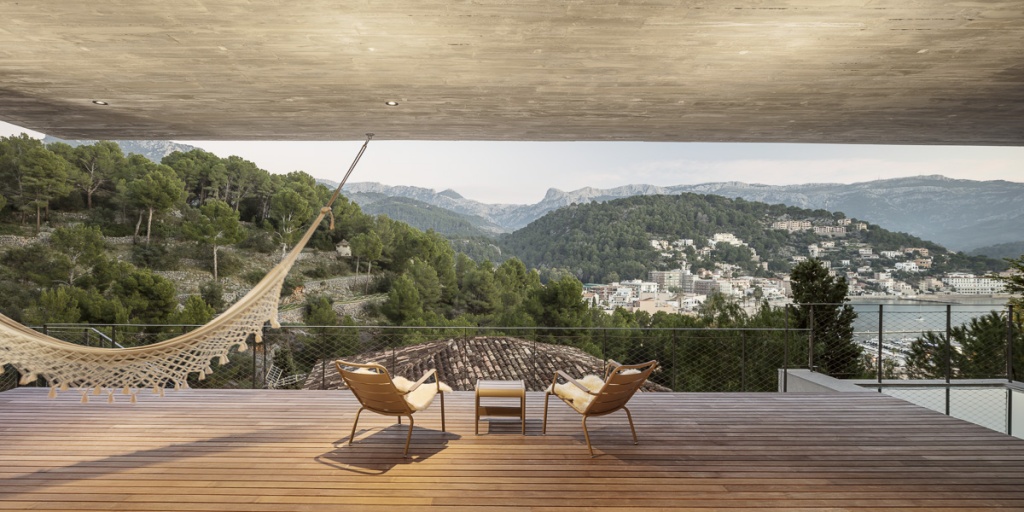 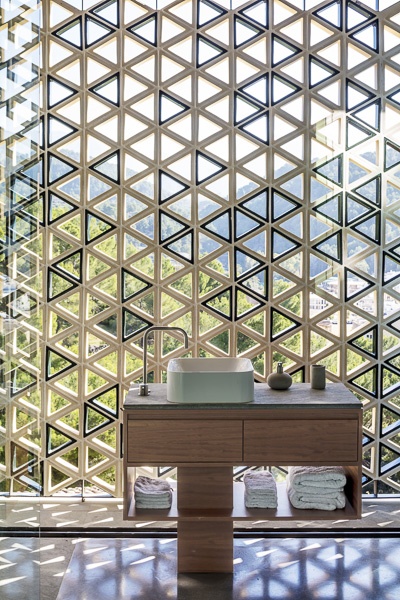 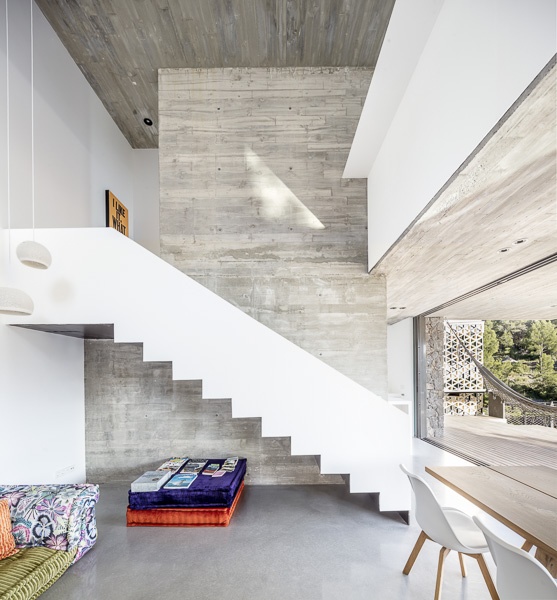 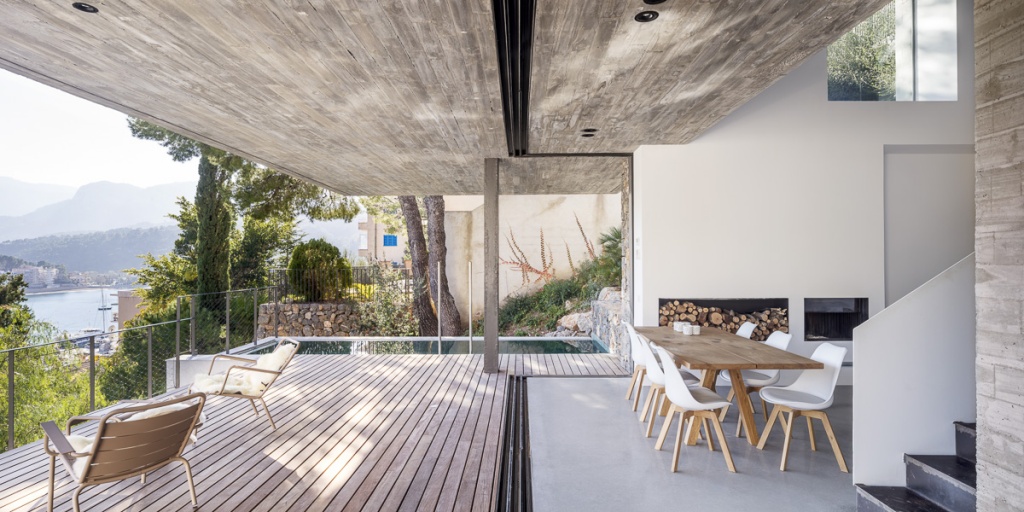 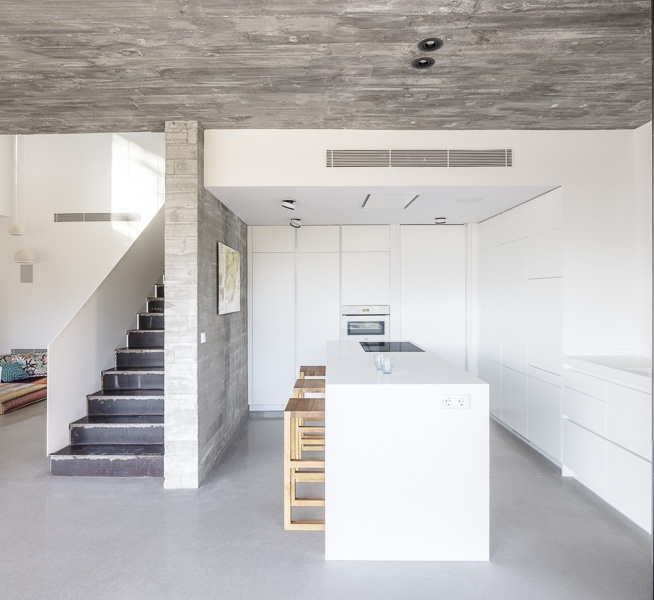 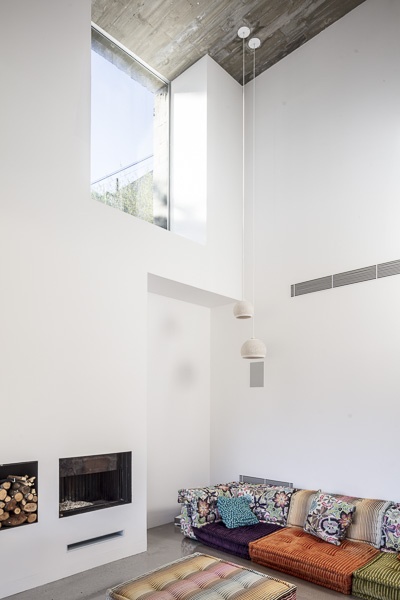 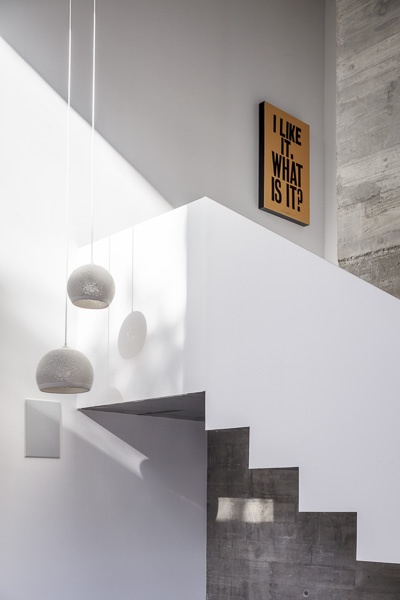 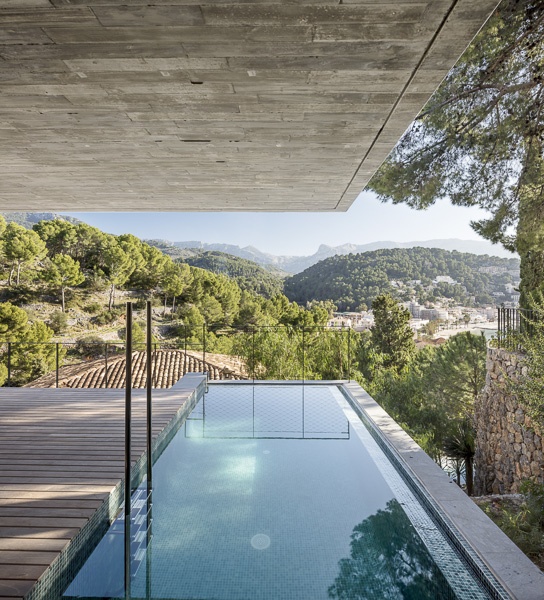 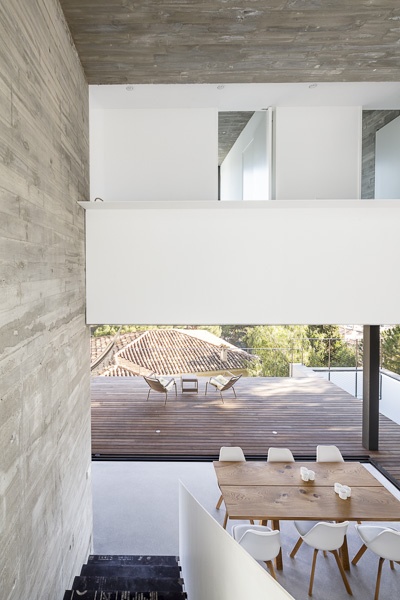 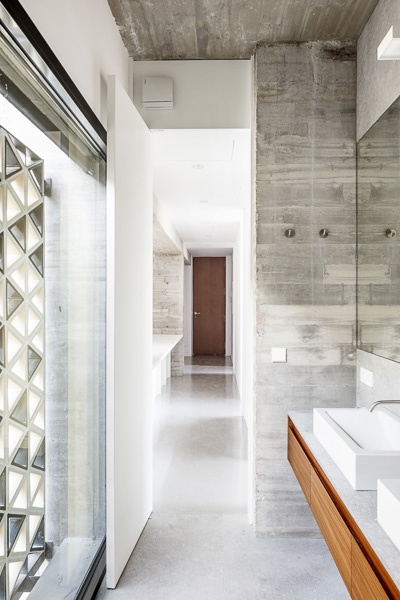