Recycling is the process of converting waste materials into new materials and objects.

The tourism boom that started in the 60s and 70s left our coasts full of buildings. Over the years, those buildings have become abandoned, out of date or simply unable to cope with either the environmental or functional demands that modern times require.

The Silhouette hotel in Malgrat de Mar, a beach resort on the coast of Barcelona, is a typical example of this.

A 300 Bedroom hotel built in the late 70s, with an inefficient façade and poor installations, out of date interior design and a general felling of decadence and ugliness that faced two options: a complete restoration or a slow and painful death.

It’s in these cases where the concept of recycling becomes meaningful. Rather than building a new hotel, and leaving this old one as a drifting boat, the owners decided to give its infrastructure a second chance by commissioning a complete transformation which would leave it as good as new.

The assignment was not easy. The building was big, pink and without any interest. And we only had 6 months to do it!

The hotel's transformation revolved around one basic concept: to provide an essence, a soul that was missing, and this emerged by keeping the project very simple and by enhancing the original elements that both budgetary constraints and schedule forced us to maintain. A new façade was designed and all the public areas were transformed by adding a new spa, bar, restaurant and lobby.

For the façade we used a ceramic blind made of flex brick, a metal mesh that holds ceramic tiles which form a regular pattern. This was used both in the main entrance to create a great lobby and in the terraces as a canopy. The pattern was incorporated to define the whole of the façade, using each room as an element that would be repeated as many times as needed and to which some colour was added to break the homogeneity that such a repetition could create.

The façade’s simplicity was brought inside by using the same colour palette to decorate the bedrooms and to design all the hotel’s public spaces.

The final result has been highly successful.

That old pink ugly hotel has now been transformed into something completely different: a new cool simple hotel which will now have many years of life ahead of it. 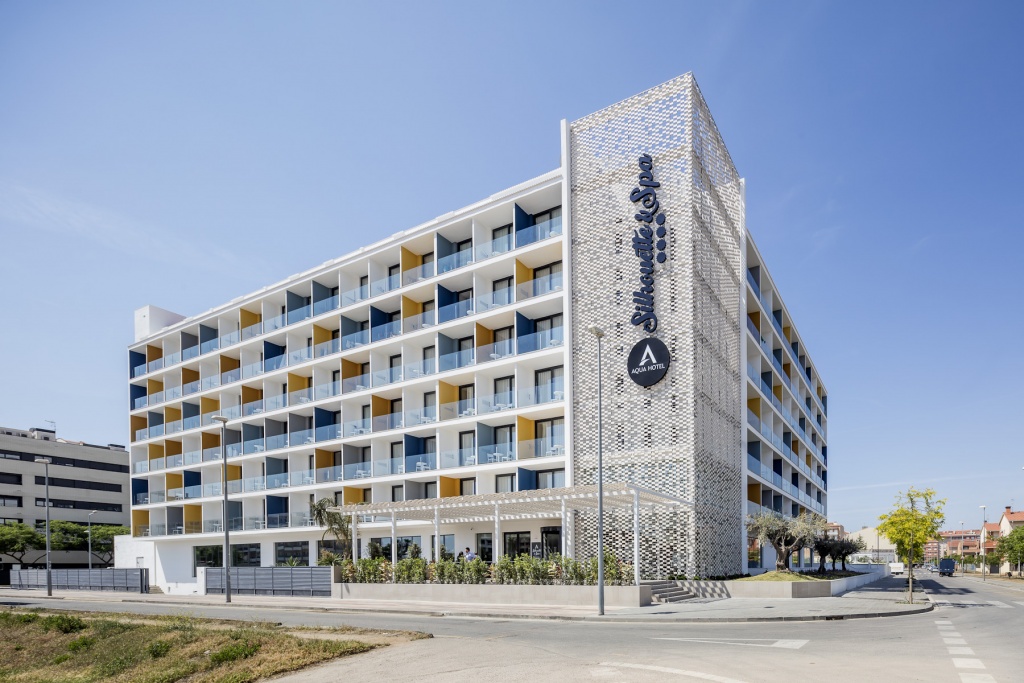 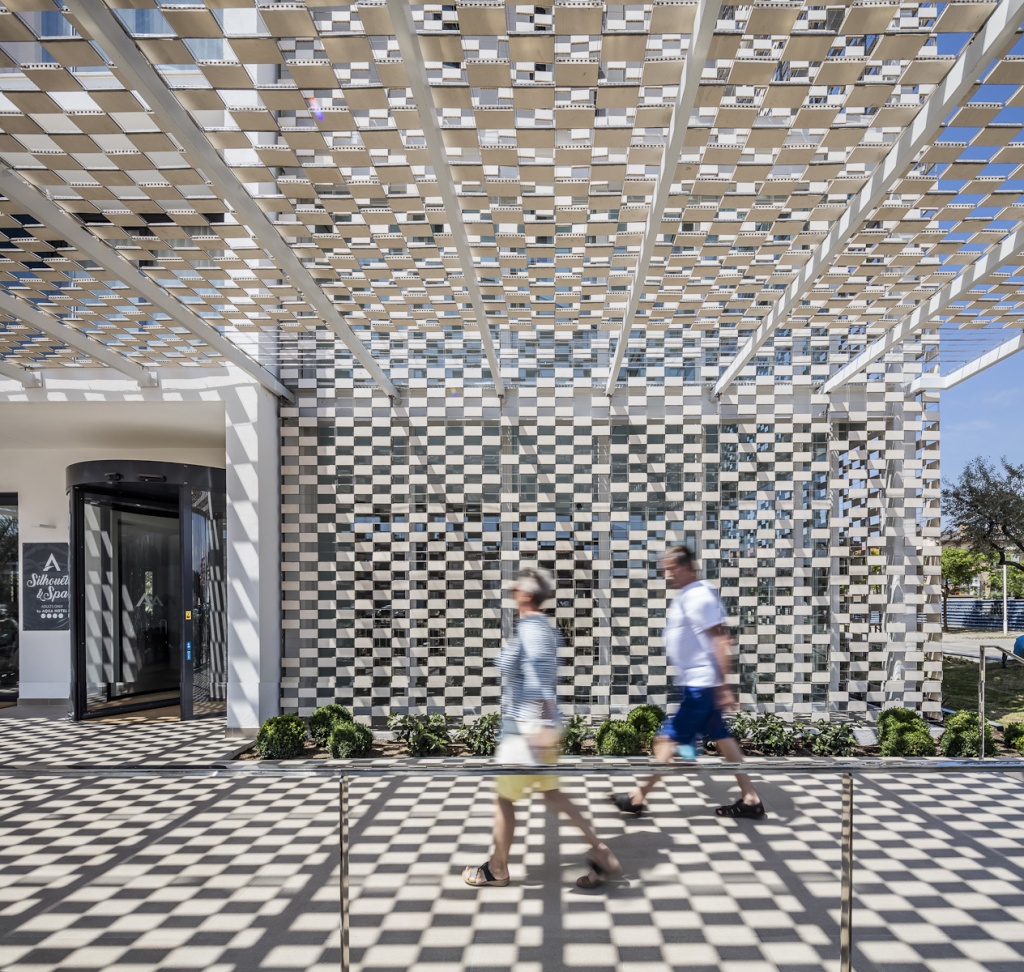 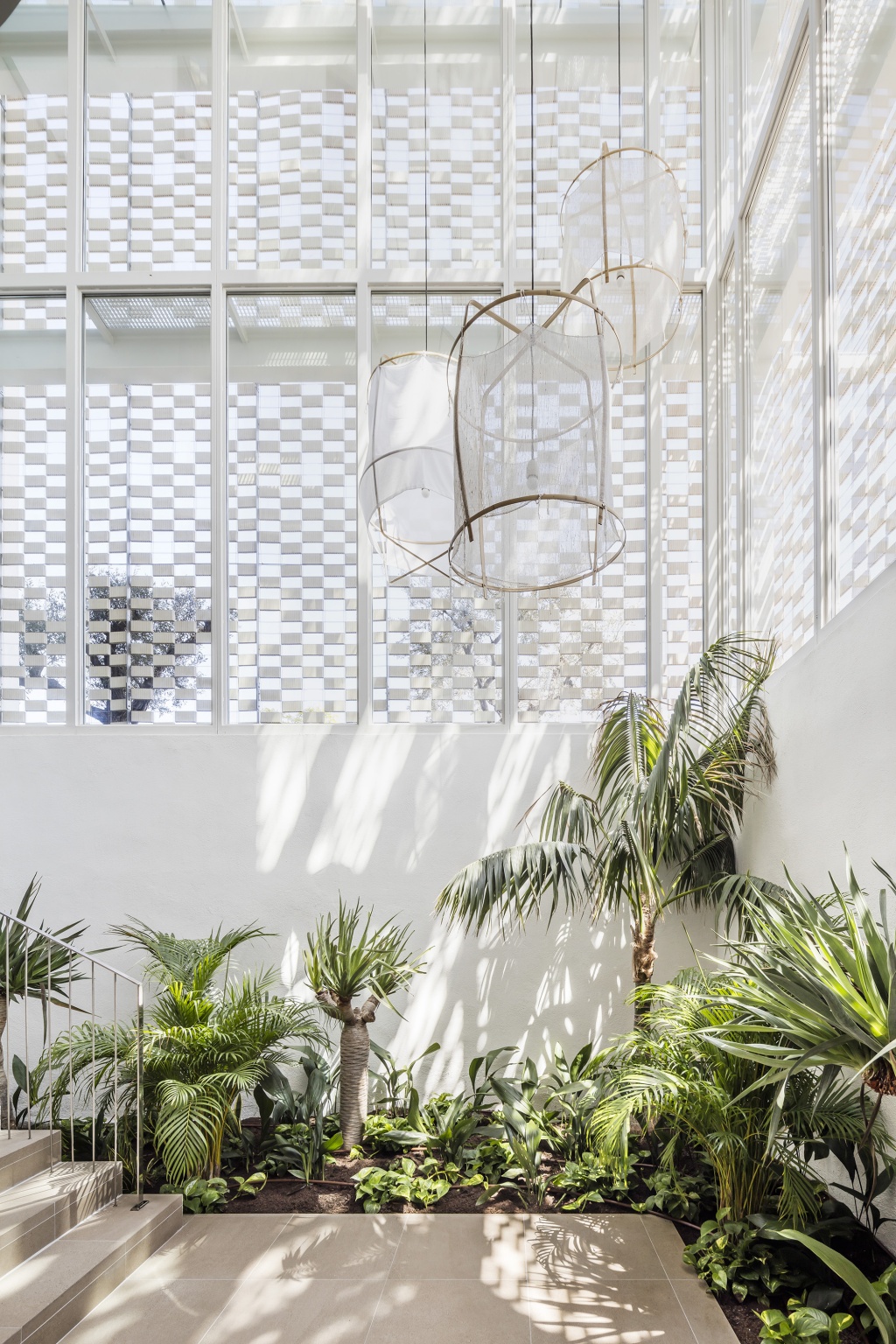 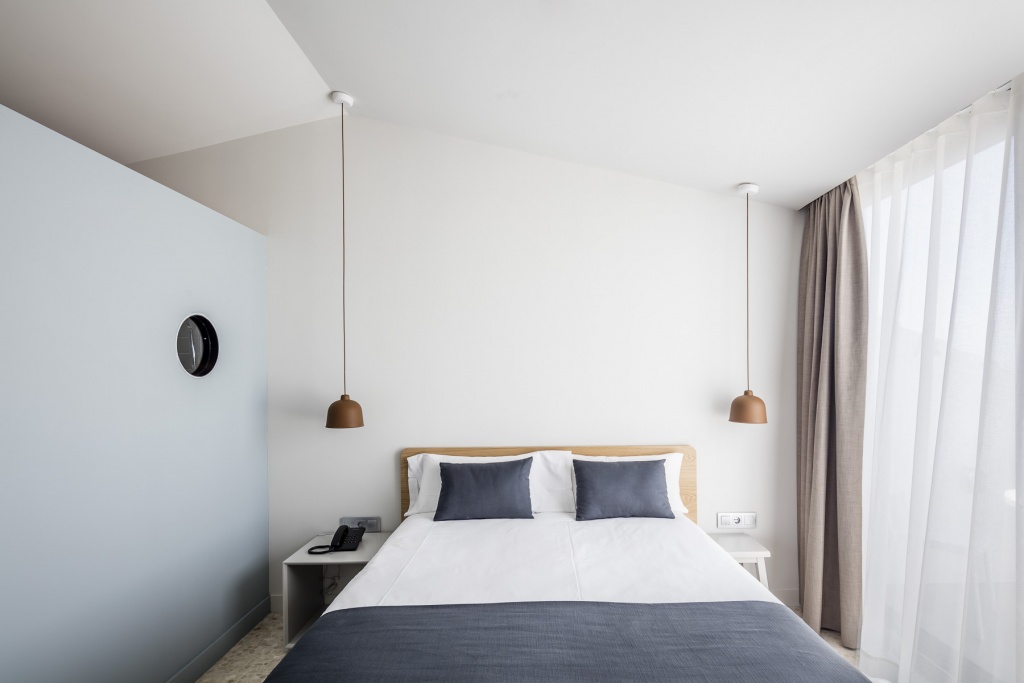 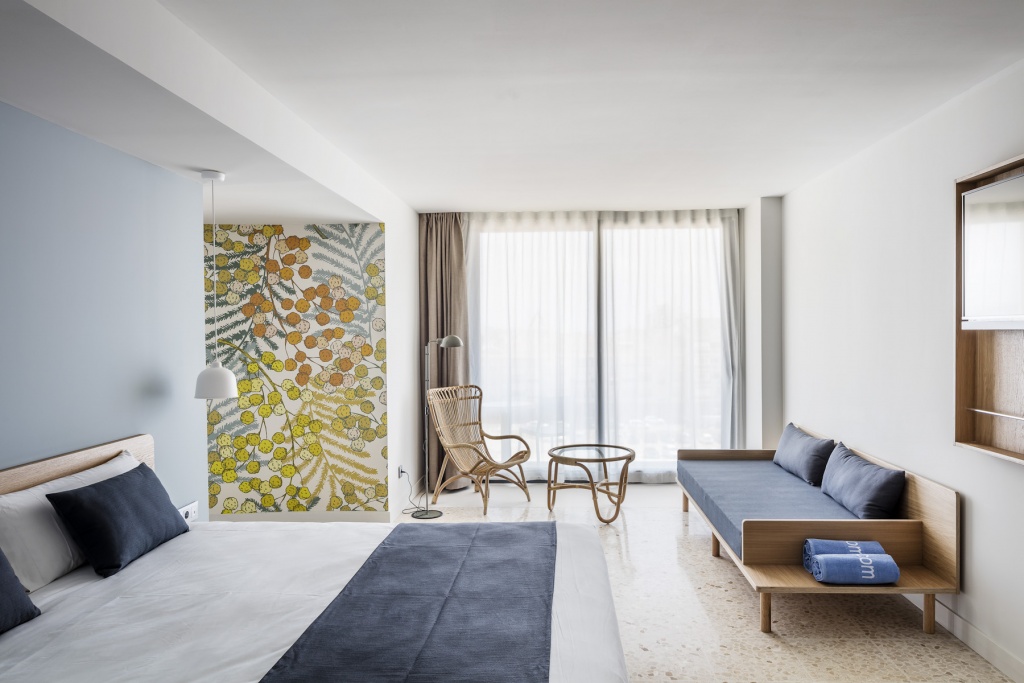 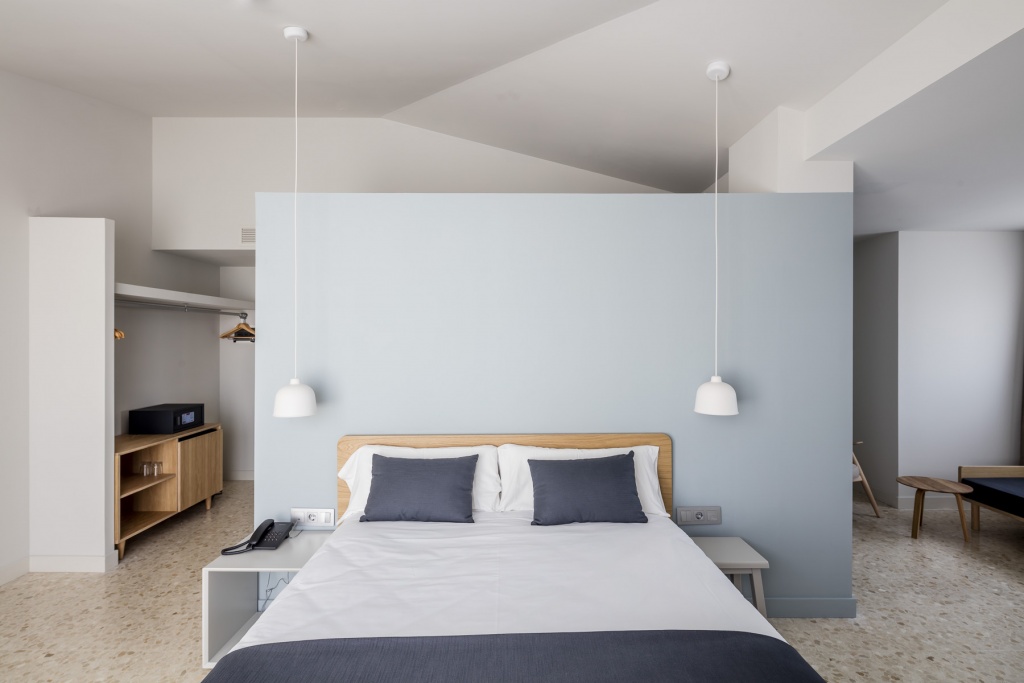 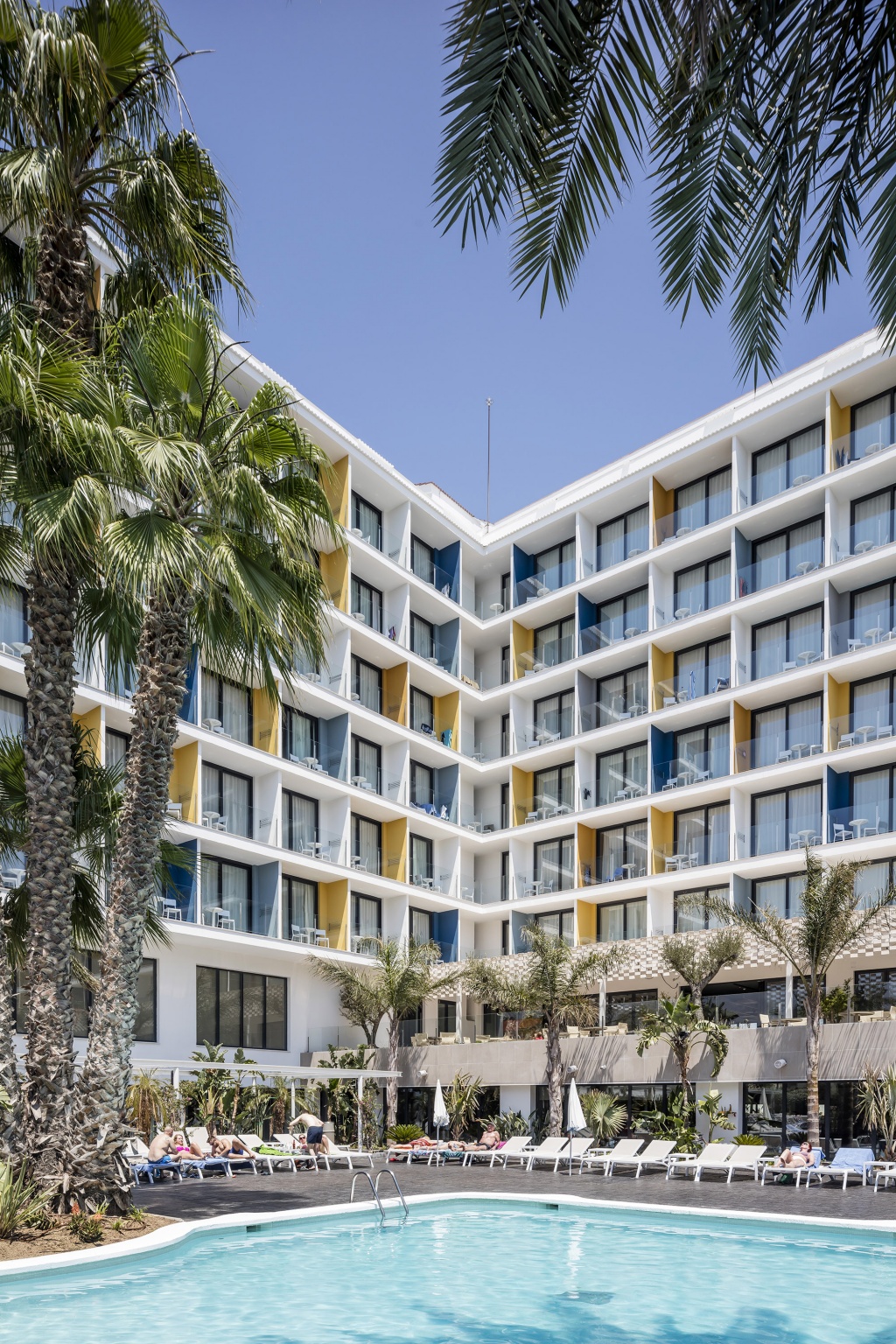 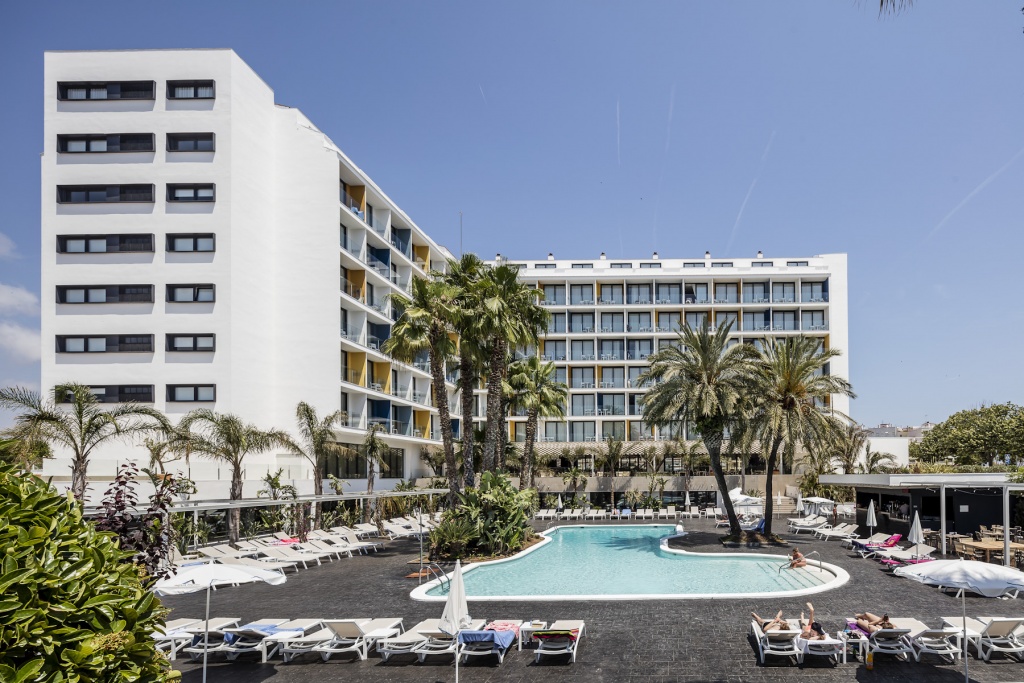 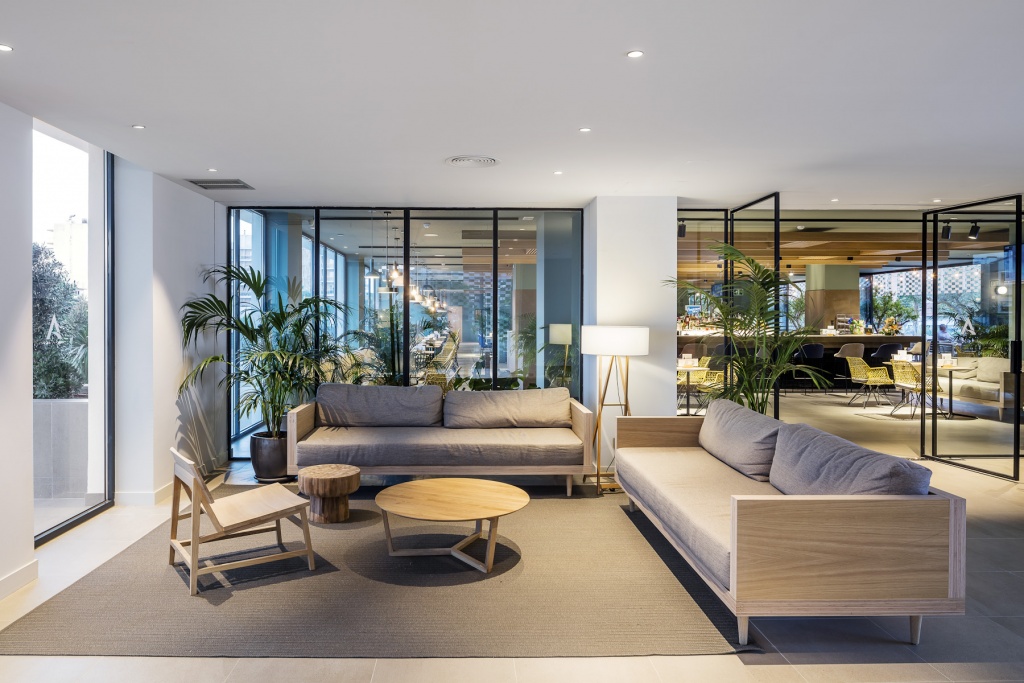 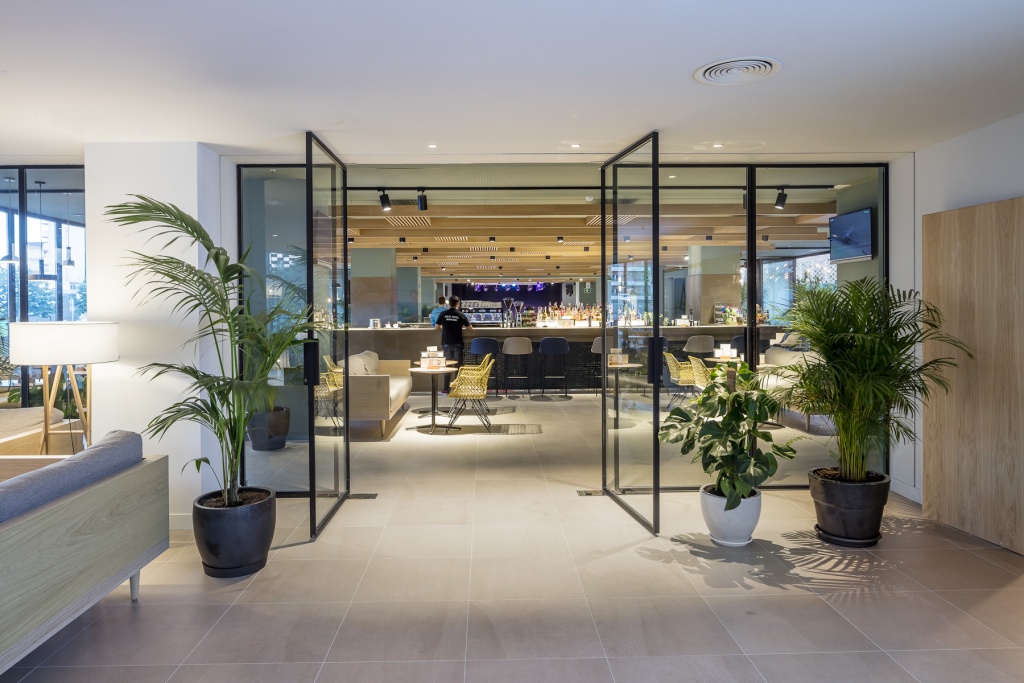 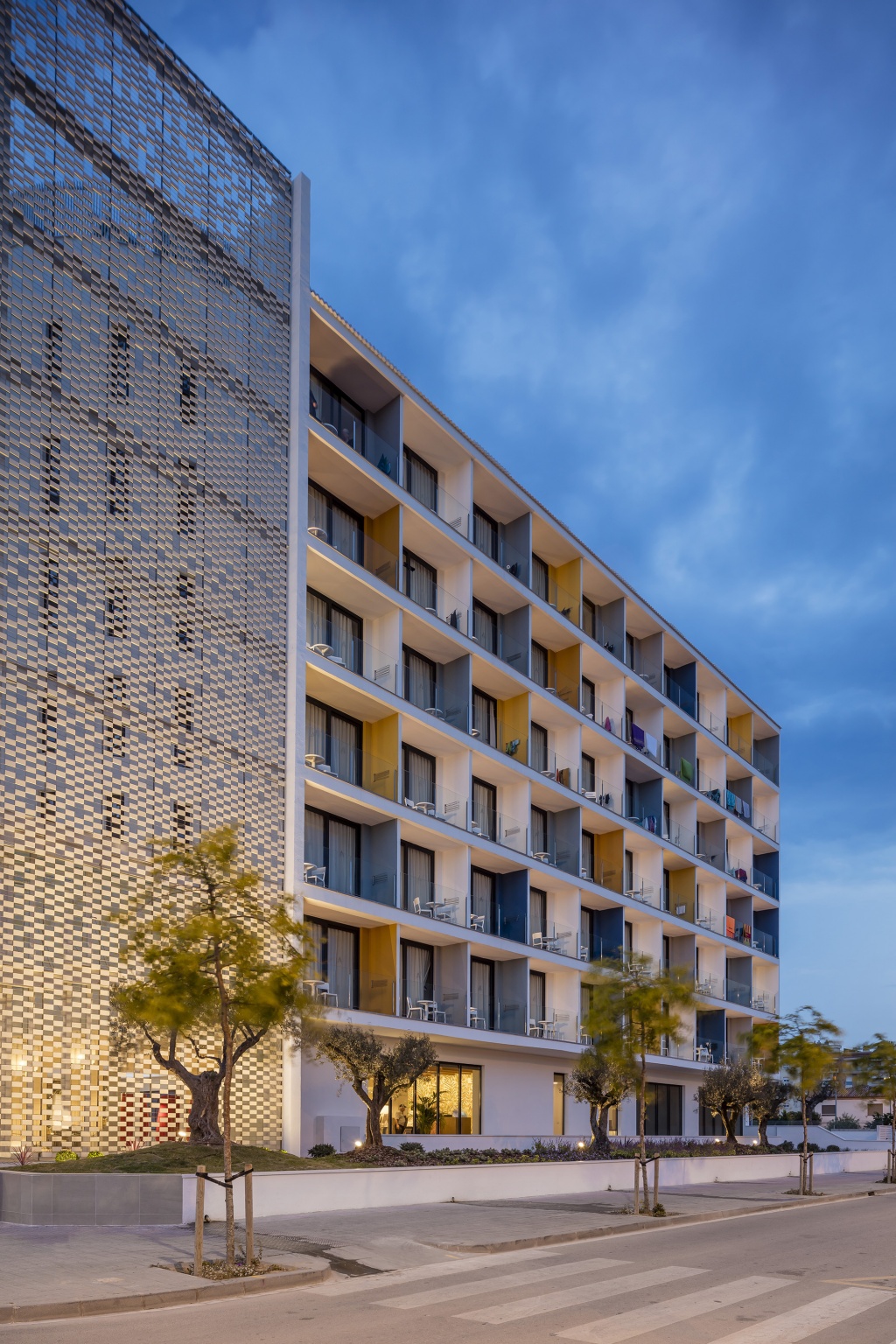 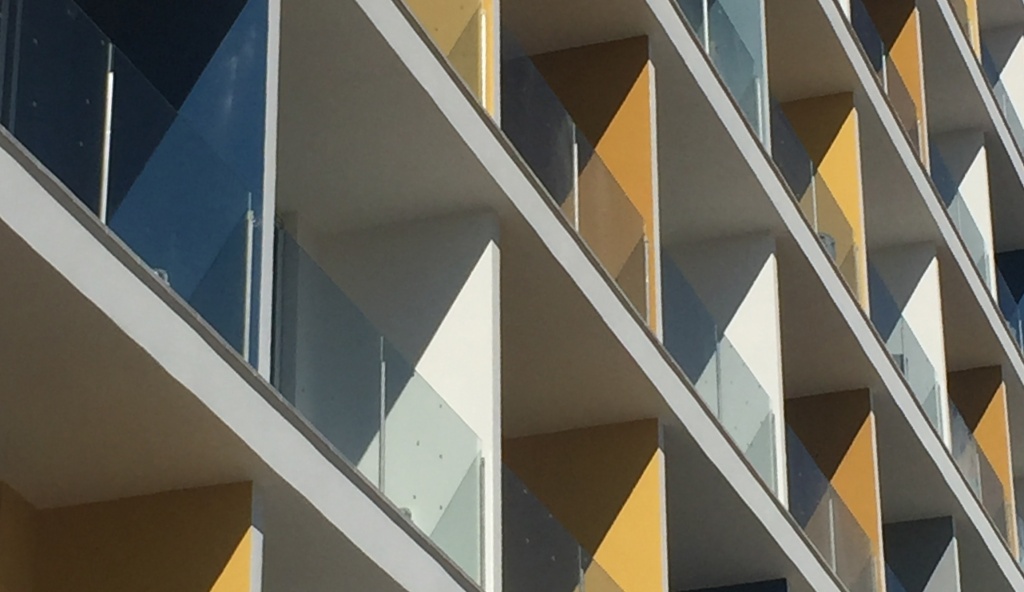